Am I the only one suspecting that the failing New York Times authored “anonymous” Resistance Op-Ed? I mean really, it needs the click bait, and they already own the fact that they are competing with CNN for Fake News Of The Year Award!

At this point it matters little if my suspicions are true or not… it proves President Trump correct on at least 1 of 2 major points. First, there is a Deep State conspiracy or the other, that the media is biased against him!

“Why publish this? What purpose does it serve, other than to enrage its target and assuage the guilt of a collaborator? We have a mad king and a shadow government. This is a coup, not a heroic attempt to save democracy.”                   — Henry Matthews, New York

We have a mad king and a shadow government. This is a coup, not a heroic attempt to save democracy.

I just want to know how this is even News… given that the whistle-blower didn’t care enough to leave their name. And this has me wondering if the so called resistance hero is not much more than a compilation of the hate-filled rhetoric the NYTimes has already spewed through various leakers and Democrat pundits.

There is nothing new here at all, we have seen it before… albeit dressed in a different snowflake laced tutu! The only twist is that it is an old soundbite from Omarosa in a bad Jim Comey voice-over. No one cares accept for the fact that if this is real, the coward is collecting a paycheck to subvert voters!

If it is how I suspect and it is not real, the NYTimes has taken their FAKE NEWS to a new level! It is a sad day in American history that the Press is being used to over-through a democratically elected President. I say yank their press badges and brand them the tabloids that they are!

It is one thing to disagree with the policies or the personality of a duly elected president, quite another to destroy the democratic process that could replace him.

Do you want a police state? Where an administration needs to vet the press because they could actually be foreign actors subverting the government? Good thing that President Trump isn’t as unhinged as they claim.

Just remember, as long as the public engages the fake tabloid tactics of companies pedaling their propaganda… they will have the means to do it!

The public is realizing that they need more of this President not less, because he has the guts to stand against this enemy of the people …and the will to drain the swamp! 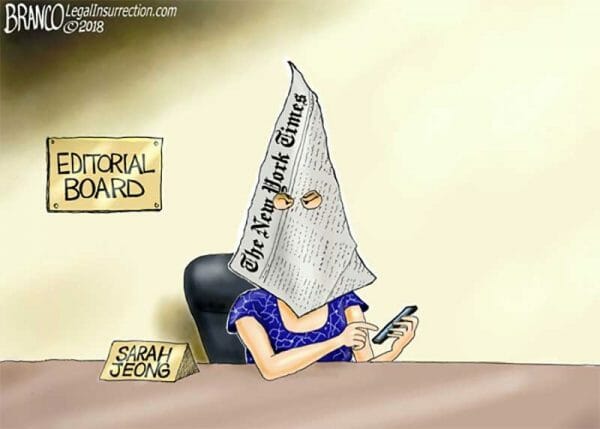 Looking for more of what life has to offer, and this FREE eBook… Don’t Waste Your Life by John Piper is a good place to start…

No Intelligence, Evidence, Crime, Obstruction Or Investigation; #Spygate… A Witch-Hunt!

The Mueller “special” counsel is with no intelligence, evidence, crime, obstruction or investigation; #Spygate… a Witch-Hunt!