The FBI says “just trust us” but it smells fishy, America wants to know… where’s the memo? Maybe the FBI needs to apply a page out of their own play-book, and ask themselves if they haven’t done anything wrong, what’s there to hide?

They want transparency from us, and immediately think something is fishy if we resist their prying eyes, so it should be no wonder why America is more than curious  about their reaction to #ReleaseTheMemo!

“There are four pages of a memorandum prepared by the intelligence committee that will shock the conscience of this country when it comes to the horrific abuses that occurred during the last administration and that I believe continue to pose a threat to Donald Trump’s presidency,” Rep. Matt Gaetz (R-FL) Fox News “Justice.”

I am going to keep this short(er) and say that the “Memo” is the first real transparency that any President has shown, and people are going to remember Trump as a name… “By the People, for the People!”

IF everyday (non-elite) people want to see more of this kind of transparency, they need to come out in full force by using their social media platforms to send a message of anticipation and gratitude to their President #WheresTheMemo!

“The president is ok with it,” an official told reporters after they boarded Air Force One with the president after his speech in West Virginia. “I doubt there will be any redactions. It’s in Congress’ hands after that.” Breitbart News Network

One impressive difference between this and former Presidents, is that Trump isn’t a “politician” and doesn’t have to answer to anyone other than those who placed him in the White House. As time rolls on, more and more you see how un-bureaucratic the Trump administration is, but it doesn’t stop people from wondering if it’s just too good to be true?

I just hope nobody ends up “swimming with the fishes” over all of this!

On a final note (and for your reading pleasure), there is hope and more of what life has to offer, and this FREE eBook by John Piper is a good place to start…

It doesn’t stop people from wondering if it’s just too good to be true?

Well I guess it is NOT too good to be true, if you want to read the Nunes Memo they DID release it for everyone to see…

“So there’s clear evidence of collusion with the Russians,” Nunes said. “It just happens to be with the Hillary Clinton campaign and the Democratic National Committee.” [House Intelligence Committee Chairman Devin Nunes (R-Calif.)]

The memo asserts that former FBI Deputy Director Andy McCabe stated in closed-door testimony that without the anti-Trump dossier, the FBI would not have been able to secure surveillance warrants against the Trump campaign. Fox News Insider 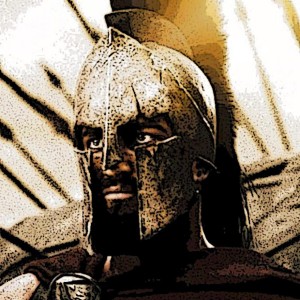 Trudeau Likes Rolling Stoned… Why Can’t He Be Their President?