This is a follow-up story that the Rebel.Media broke some time back about the ‘open border’ policy, where Trudeau invited anyone claiming refugee status to storm our southern border. That was before Trudeau was making confessed Terrorist murderers millionaires, and kicked Canadians to the curb!  Faith Goldy returns to explain how Trudeau creates a Canadian crisis with open borders!

We did an article called… Justin Trudeau’s Canadian “Refugee Railroad” …when at that single border crossing approximately 15 people crossed illegally into Canada per day, now Faith Goldy says it is around 15 per hour… 24 hours a day!

So much for national security, and so much for enforcing Canadian Law! Trudeau is set on following in the footsteps of German chancellor Angela Merkel… Lord knows it won’t be his designer socks that will get him some narcissistic attention!

I wonder if Trudeau is going to change the name of Canada into… Catanada! Then at least the offspring of it’s settlers can play along!

Anyway, I am getting pretty tired of playing! Kind of sad though, all those who lived and died to make Canada what it was before Trudeau came to power, with only 27% of the votes… are probably turning over in their graves in shame and disgust!

Here is something I came across the other day after writing this little rant about one American who wanted Trudeau to be their President instead of Trump. To that I responded with… Trudeau Likes Rolling Stoned… Why Can’t He Be Their President? …and this picture sums it up pretty good… 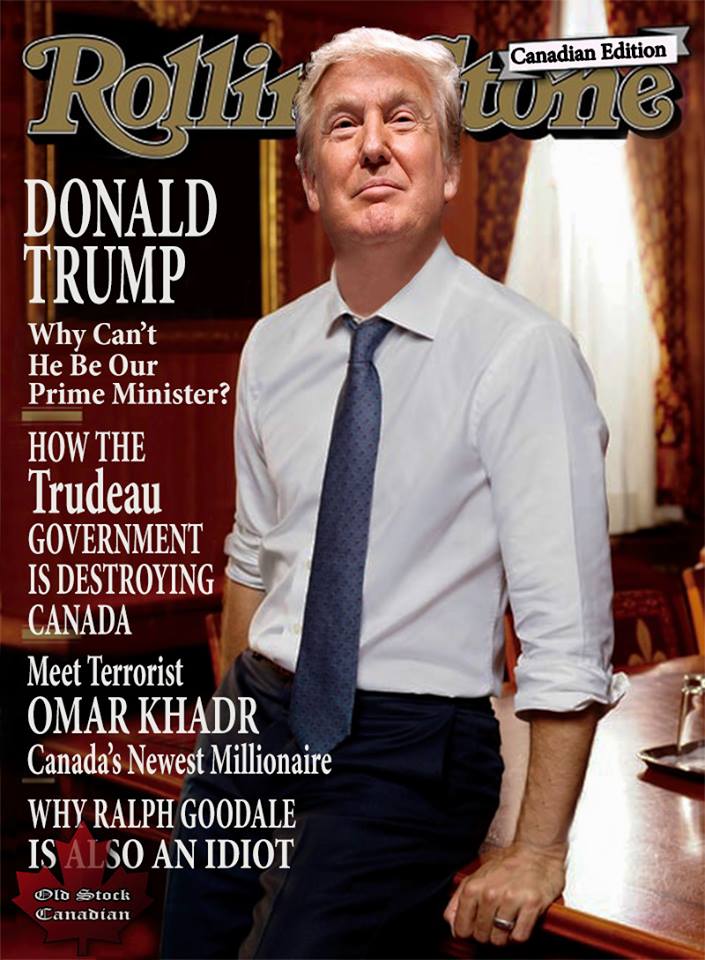 I guess America is happy that all their illegals are jumping the border into Canada, but their joy is going to be short lived, if some of these illegal and fake refugees are terrorists! Will America build a Northern Wall? IF they have those plans in the making… sign me up, I need the work, and Canada needs the security!

The worst part of all this is that there isn’t a level-head among the Liberals as a whole… they are all equally willing to follow their leader over the proverbial cliff… dragging the rest of Canada kicking and screaming! From conflict of interest, pay to play and treasonous payouts to terrorists… this PM is only fit for prison!

Is Trudeau really the fair-haired protege of George Soros?

Well, it’s just me thinking of better days, laughing to keep from crying, while reading some encouraging books. Like this awesome FREE eBook…

…just me thinking of better days, laughing to keep from crying…

Is It Ford Or Frod? Now You’re Thinking That Sounds Like Fraud!