When you consider Wikipedia definition of gender dysphoria, it is eerily similar to what is being expressed in the Liberal camp since Trump won the 2016 election! Check it out… “Gender dysphoria or gender identity disorder (GID) is the dysphoria  (distress) a person experiences as a result of the sex and gender they were assigned at birth.” IT would seem Liberal lunacy official diagnosis is Trump dysphoria! AND they own it!

Let’s rephrase the Wikipedia definition just a bit and you will see what I mean. [Trump] dysphoria… is the dysphoria (distress) a person experiences  as a result of the [Election] and [President] they were assigned [on November 8, 2016].

In the same way that Liberal lunacy in the Mainstream Media has encouraged violence and property destruction, by their coverage of these riots without their disapproval. The Democrat party has revealed its roots steeped in racism and (un)civil war! They would rather see their entire country raped, pillaged and burned to the ground… than support their democratically elected President! 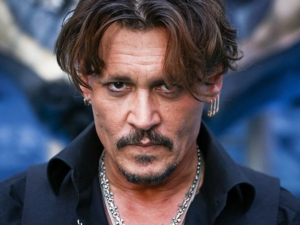 Johnny Depp echoed this sentiment, asking… “When was the last time an actor assassinated a president?”  Or another Democrat icon Kathy Griffin the “Bride of Isis” …show to the world the Liberal lunacy official diagnosis is in fact Trump dysphoria! They are in total denial over the 2016 Election, and cannot accept the President that they have been assigned… democratically I might add.

More to the point, Liberals and their Media accommodate this mental illness (Trump dysphoria), in the same way they treat gender dysphoria. Going all apoplectic over Trump taking advice from professionals, advisory staff and military Generals to ban this from their military.

“Psychiatrists have been preparing the mentally ill for life-changing surgeries instead of “studying the causes and natures of their mental misdirections,” (Dr. Paul R. McHugh) Daily Wire…

“We have… damaged our professional credibility by collaborating with madness” —Dr. Paul R. McHugh

But… what happens when the most Distinguished Service Professor(s) of Psychiatry diagnose transgender-ism as mental illness, and the public agrees with that in Canada? Well, maybe 2 years in jail or maybe your children can be seized by the Government! And with the full support no less, from the terrorist loving   and bankrolling Piranha Minister of Canada… Justin Trudeau!

Why bring that up?

Because Justin Trudeau much like Obama, is the cringe-worthy Liberal antithesis to Donald J. Trump!

If America ever wonders what Hillary would have looked like in office… they need look no further than Canada, and see what a contradiction to logic, patriotism and “love of country” the Liberal agenda will get you! Make no mistake, after crooked Hillary made a visit to her protege Trudeau… that treasonous mess has put Canada in bed with the Clintons, to the tune of 20 Million in donations to their foundation! You can’t make this stuff up!

Just so you know… I do love people, in every shape, state and stature! I love how we have the right to free speech and freedom of expression… be it LGBTQ or Straight. I do tolerate those who disagree with me, and hope they will do the same, but I will still support their rights to do so if they don’t. I will put myself in harms-way to protect anyone against bullying and discrimination… you could say I stand for our charter of rights and freedoms. I just don’t believe in tax monies going to fund liberal lunacy and Trump Dysphoria!

Here is a great FREE BOOK…

The Criminal News Network Is Trying To Destroy America!

Trudeau Likes Rolling Stoned… Why Can’t He Be Their President?

It Smells Fishy, America Wants To Know… Where’s The Memo?

The FBI says “just trust us” but it smells fishy, America wants to know… where’s the